The way till First Boss: 1. Kill all the trash Mobs on your way. (Marker 1)
Depending on Grade, Gear and Level, I recommend to lure smaller groups.
Cause these mobs can hurt a lot, especially in 3 Star.
2. Watch out for Barrels on your way, if you get too close, they will trigger and Explode.
The AoE-Damage of the Barrel-Explosion is pretty high and can one shot players.
So be careful! (Marker 2)
As soon as you reach the Ramp, make sure your Team will stay at the Bottom.
Try to aggro a few (not all) of the Mobs on top of the Ramp,
and lure them down to your Teammate.
Kill the Adds, then repeat, if needed.
After clearing the Platform on the Top of the Ramp,
You need to roll on “Rock, Paper, Scissors” with the NPC on the left way.
If you win the roll, you will unlock the Way to the Wolf Rider Boss.
To asure to win, you will have a few people to leave the raid and open GB up again,
and roll on “Rock, Paper, Scissors”, which ever person clears the roll,
you all leave the Dungeon exit party and join on them. 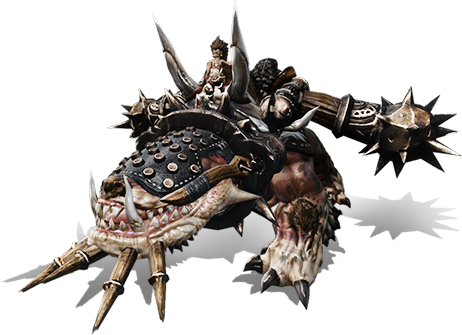 The mechanics of he first Boss are pretty simple. 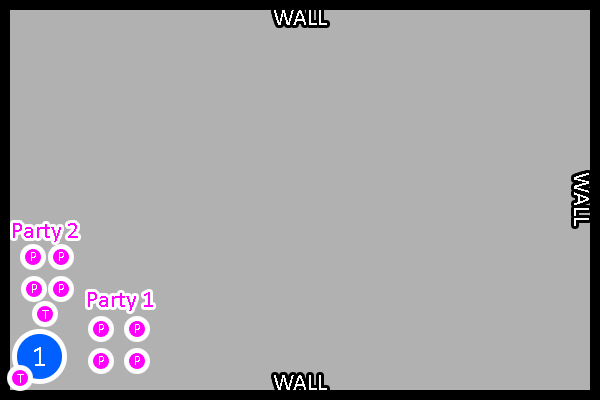 – Laser:
Boss will channel a Laser into the direction of a random Person 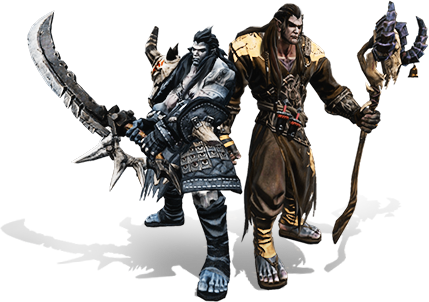 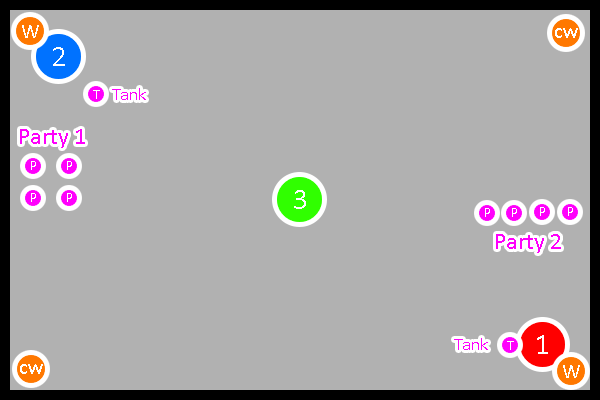 – Dragon Chop:
Boss will do this every 30 to 60 seconds
-> need to be cancled with DragonGrip.
– Tripple Chop:
Boss will do this over and over again
-> This can be dodged by moving left and right properly.
(Liyi Hinata made a Guide: GrandBulwark Tanking Guide)
– Ranged Chop:
He will mark a random Person, with a red Marker above his Head.
After short period, a circle will appear on the Ground,
and the marked person need to dodge it immediately.
(Try to stay away from your Group if youre marked)
-> This can be dodged by dashing backwards.

– Circle:
As soon as it appears, get out of it immediately
-> This can be dodged by dashing left, right and backwards.
– Healing Totem:
Must be killed immediately!
– Orbs:
Theres 3 different kind of Orbs: Blue, White and Purple

– Phantom:
Need to be killed asap, else he will cast an Stun-AoE
-> Stun-AoE can be dodged by using CC-Break and dodging out.
– Healing Buff:
(see Number 1 and 2, on the Picture below)
Need to be cleansed asap! You will see green Pluses flying around the buffed Monster!
-> Can be cleansed by Occ (Totem Blast), GS (Oblivion Bomb) 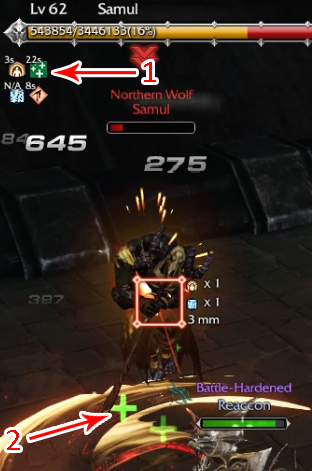 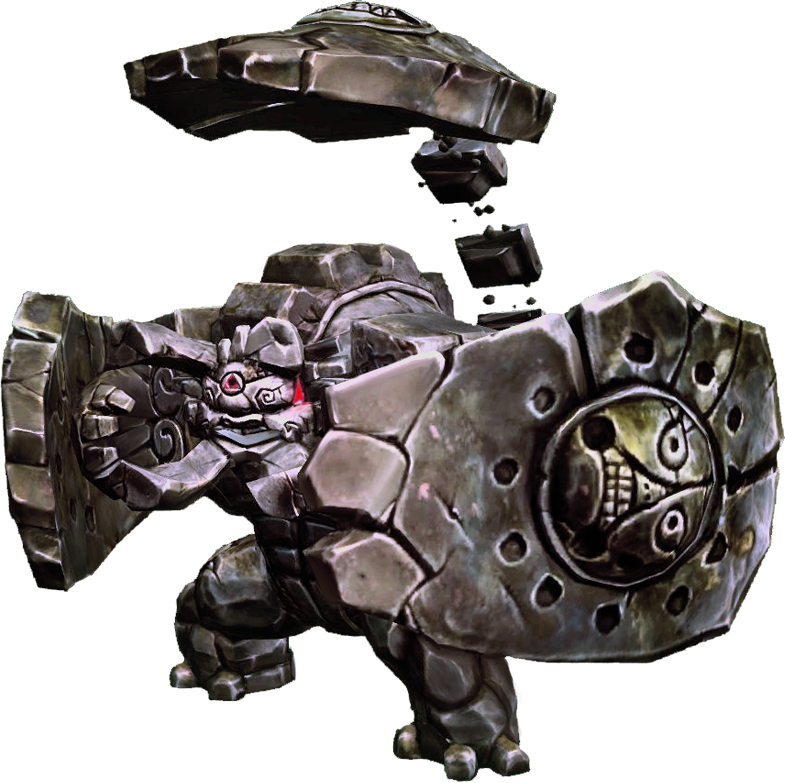 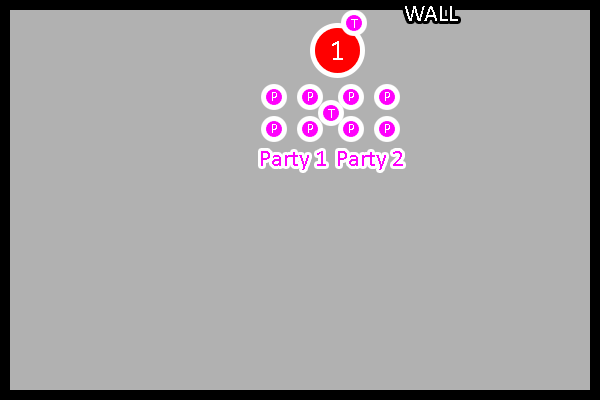 – Normal Attack:
His normal Attacks have a Push-Back effect.
-> just Tank the Boss near the Wall, so you don’t get pushed back
– Shield:
The Boss will cast a Shield, which will channel an AoE-Explosion
-> Can be dodged by getting out of Range
– Adds:
Kill them 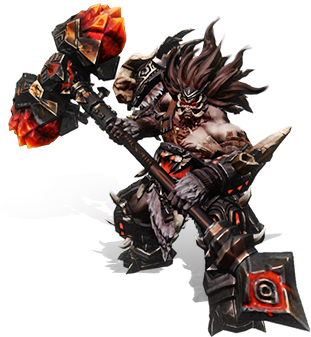 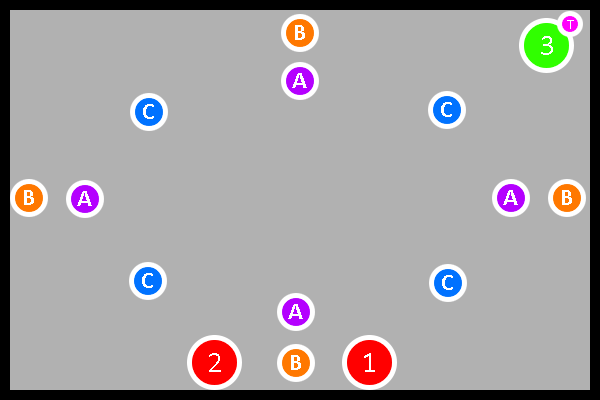 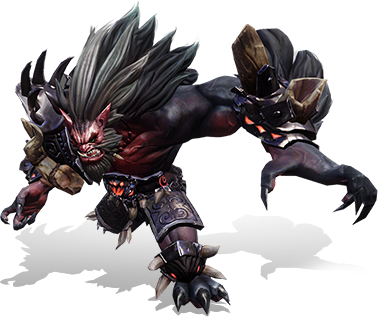 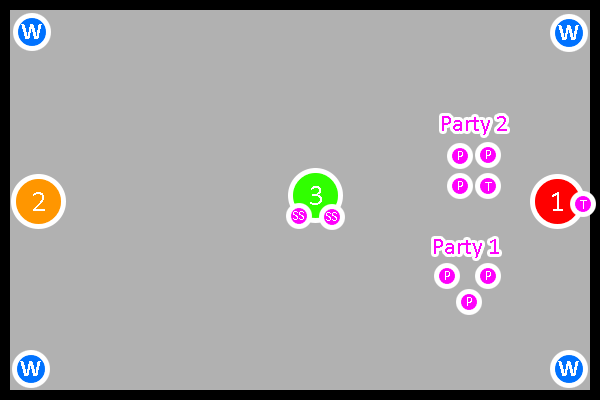 – Ground Slam (Jump-Phase): “Qǐsù ba”
The Boss will lift his Arms, and scream “Qǐsù ba” to initiate the Jump phase.
He will do 5 GroundSlams in a row, that you have to avoid because:
He will get a Heal-Stack for every failed Jump (if someone got hit).
Try to jump properly. At 30+ Stacks you wont be able to out-dps the Heal anymore,
and the Boss will start to reset Phases.
-> This can be dodged by 4 normal Jumps, followed by a double jump.
(When he shouts “Ba” start Jump > Jump > Jump > Jump > Double Jump)
– Howl: (CrossWolves)
The Howl will paralyze everyone in a 10m Radius, for 5 sec.
Everyone outside the Range will get a small amount of Damage.
With the Howl hes calling/spawning CrossWolves at Position W.
Don’t stand in the way of the CrossWolves, if they hit you,
the Boss will get Attack-Buff-Stacks.
Those need to be Aggro’d by AoE-Heals of a SS. Lure them to Position 3 and kill em.
-> can be dodged by simply passing by, or walking away from their direction.
– Charge:
The Boss will be Jumping away from you, then Charge at you with full Power.
-> can be dodged by dashing left or right.
– Tripple Scratch:
The Boss will try to Scratch you several times, which has a Knock Back effect.
He will Scratch you 3 times, the third will hurt a lot, so you want to avoid it!
-> can be dodged by dashing through him (forward)
I recommend using ShieldStorm, Fearless or LightShield during that.

First Impression – Ashes of Creation – The...

This website uses cookies to improve your experience. We'll assume you're ok with this, but you can opt-out if you wish. Accept Read More